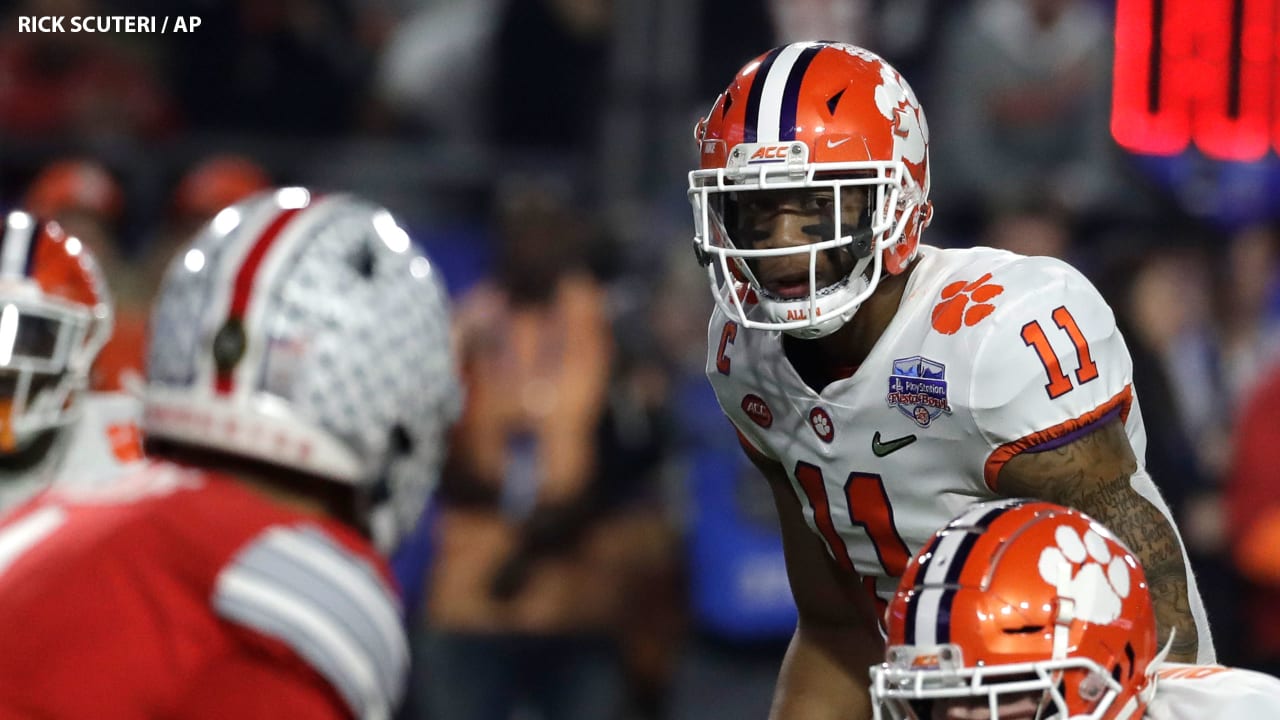 Fulton has good NFL size (6-0, 200) and has a knack for getting his hand on the football with 13 passes defended and an interception this season. He’s a man-cover corner, and that’s a staple of the Lions’ defense. He’s considered by most draft analysts to be one of the top four cornerback prospects available in this draft.

The 5-foot-10, 210-pound junior has a terrific combination of shiftiness and power that he’s turned into back-to-back 1,500-yard campaigns. He’s averaged a ridiculous 8.0 yards per attempt over his last three seasons at Clemson with 54 touchdowns. Etienne showed off his receiving prowess in the semifinal win over Oklahoma, catching three passes for 98 yards, including touchdown grabs of 53 and 34 yards. He’ll likely be one of the first three or four running backs off the board.

Burrow’s go-to man all year, wide receiver Justin Jefferson, caught 102 passes for 1,434 yards with 18 touchdowns. He had 14 grabs for 227 yards and four touchdowns in LSU’s semifinal win over Oklahoma. He’s not in the same athletic category as Alabama receiver Jerry Jeudy, but not many are. Jefferson’s proven this season he can be a big-time playmaker and workhorse at the position.